360°
The keen interest in virtual reality following Facebook’s billion dollar investment in VR glasses developer Oculus and which more recently dominated the Sundance Film Festival and the Mobile World Congress in Barcelona, also prompted greater curiosity in the medium behind the technology – the 360° film. The glasses are fed with these films and supplemented by images on the upper and lower edges allowing the viewer to submerge himself in a borderless spherical world. Because this medium is still very young, neither hardware developers nor producers are able to fully foresee the kind of experience this will produce. To date it has been games, pornographic films and documentary formats – immersive journalism as in the short film Clouds over Sidra – that have occupied the foreground. But the 360° film also offers fascinating possibilities for theater, opera and dance.

The Camera as Stowaway
Previous attempts to document theatrical or musical performances with 360° cameras have fallen far short of exploiting the full potential of this medium. Paul McCartney, for example, had one of his concerts recorded with a 360° camera. The result was only in part satisfactory. Since the camera was positioned on stage, the viewer sees most of the musicians, and even McCartney, from the rear: the action was not directed at him, but towards the audience. Though a sense of participating in a historical event is transmitted, the experience comes closer to the perspective of a stowaway on an ocean voyage. The experience of an actual concert – reclined on a deckchair in a panorama lounge – is not conveyed.

The Camera at the Center of Events
One more interesting application is Jochen Sandig’s experiment of translating his production the Human Requiem into the new medium. The basic idea behind the production consisted in individual members of the choir unrecognizably mingling among the audience. The performance began with the piano prelude to Brahms’ A German Requiem. Only once singing began from among the audience did the choir members suddenly become visible. In the 360° film version, the members of the choir begin walking around the camera, as if at random, begin singing and very gradually forming a circle. The viewer is then encircled by the singers’ glances, who sing to him in whatever direction he turns. 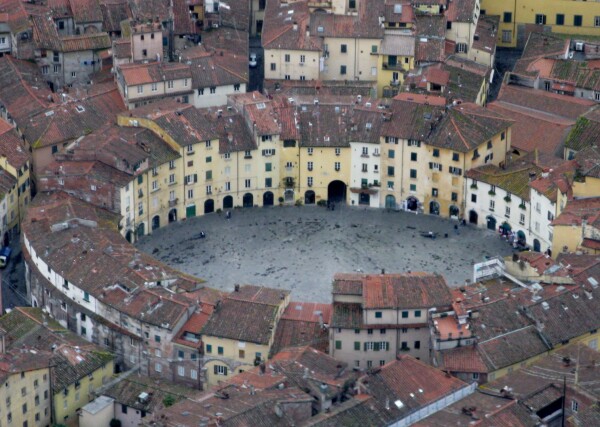 Centripetal Theater
Let’s now try to imagine a performance of the Magic Flute, conceived for the 360° camera from the first day of rehearsal. Rather than being centrifugally aligned, as seen in the Arena di Verona, in this case, the action is aligned to the central point – centripetally. The viewer stands at the center of an action staged exclusively for him. The snake performs a spiral movement around the camera when, as in the first picture, it pursues Tamino. Tamino moves closer towards us when fleeing; the snake fills the picture from all directions to the point of even threatening to strangle the audience – Tamino has meanwhile passed out –, before finally being struck dead by the Three Ladies. Or Papageno’s encounter with the evil slave Monostatos. Here, the two rivals approach one another on a 180° axis: diametrically separated and compelling the spectator to swing violently here and there between the two poles – an uncomfortable sensation, allowing them to experience the conflict in all its immediacy.

The Production Sequence
Much like the staging of a classical opera, such a production requires an eight-week rehearsal period: in a first phase, on a rehearsal stage, and then in the studio with the final sets. There are piano rehearsals to begin with, before rehearsals with scenery and orchestra, lighting rehearsals and, finally, the dress rehearsal are carried out. Instead the opening night, we now have recording sessions: either two run-throughs every other day, or several recordings of single acts. The camera and elaborate recording equipment are used only during the recording sessions. Throughout rehearsals, the result can be simulated with the already available semi-professional equipment. The production outlay is only slightly in excess of a conventional opera production, and considerably less than that of cinematic opera productions, such as those by Zeffirelli, Ponnelle or Bergman. 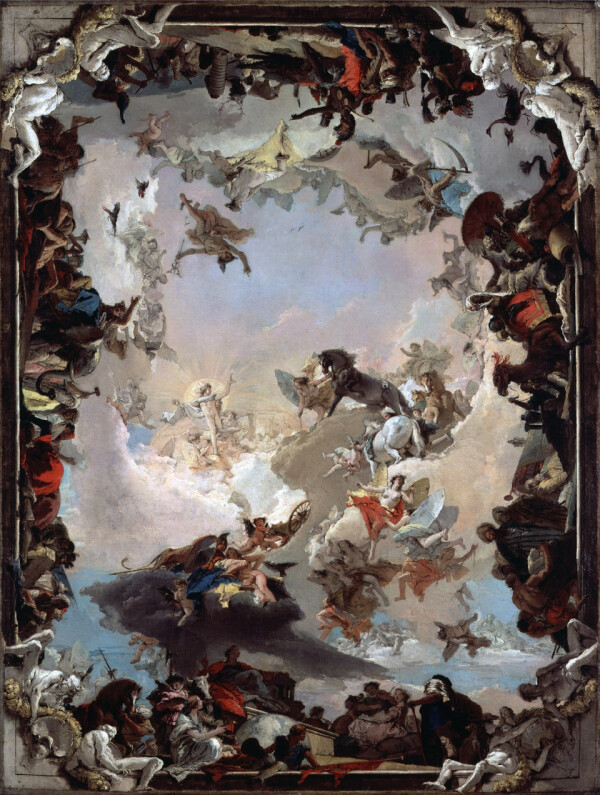 The Audience as Director
The 360° medium could lead to a completely new kind of art experience in which the mediums of film and theater supplement one another in specific ways: The camera does not depart from its location at the center of the action, since this constitutes the medium’s great advantage. The director also dispenses with cutting, since, in this medium it is the audience which is left to decide about those excerpts he or she wishes to view. The field of human vision spans 180 degrees in the horizontal, and 130 degrees in the vertical. Therefore, the concentrically staged action around the center point compels the viewer to herself become active: in other words, to pan and, consequently, to cut. The director John Huston noted that we blink when looking from one object to another. For the editor Walter Murch this constitutes the basis of the film cut. Even in everyday life we cut up the flow of our perception and dissolve it into single takes. The same holds for the 360° film: we pan from one picture sequence to another and cut our own film.

Fairground Theater and Baroque Opera
The limited filmic means will be supplemented by classical theatrical devices: action, sets and lighting. The action fills the total continuum, from the central point through to the potentially endless horizon – effectively limited by the camera resolution. Scenery and lighting can produce a multiplicity of spaces, which separate, emerge and amalgamate. The space becomes dark, narrow and claustrophobic, until a rapid transformation surprisingly opens up and widens it. Doors can release axes of light: one side can be narrowly structured, whereas the other opens a depth dimension. It is precisely here that the old theatrical devices of Baroque opera and Fairground Theater show themselves as well-suited partners to the modern technology as provided by the 360° camera.

No Behind-the-Camera
In that there is no behind-the-camera in 360° film, the production process now becomes integral to the work. Here, the making-of – issued as bonus track in a classic film on DVD – is an alternative layer of the work which the viewer may select. He or she can pan upwards above the limits of the set, to the rigging loft and the lighting bridge. She might equally decide to focus her attention solely on the orchestra and director, and then experiences a concert film. And the next time, she returns to the main action, to the artificial world of the Magic Flute. 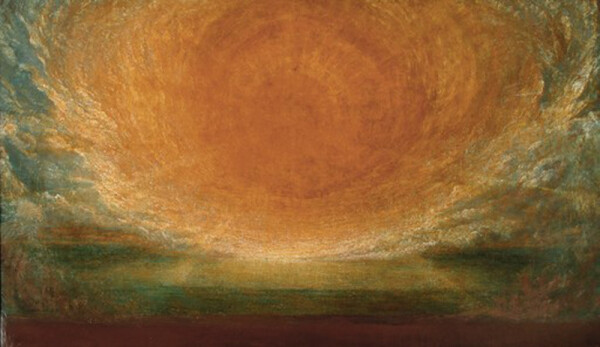 The Audience as Point
In 360° film theater, the Fourth Wall, with which Stanislavsky wished to imaginatively close the stage towards the auditorium, contracts into the extensionless point. By means of periscope, the viewer is witness to an action which – depending on the theater’s aesthetics – may acknowledge him or ignore him with uncommon clarity. Consequently, one is able to imagine a realistic Chekhov or Tchaikovsky production in which the audience is invisible guest in an alien world: murmuring is heard from all directions, flowers are ordered and the window is opened. At one point someone walks up very close to my camera-eye, while, at another, he is positioned at greater distance from it; I, however, am never be discovered. And one can imagine a commedia dell’arte on a Renaissance piazza where the actors make use of the omnipresent camera so as not only to tear down the fourth but all conceivable walls facing the audience.

The Audience on the Panorama Lounge
In 360° film revives a dream that bore witness to the incursion of industry in art from the late eighteenth century to the beginning of the twentieth century: the dream of taking possession of the world in Pan-Orama – the all-encompassing visual vantage point. Segantini’s Alpine Triptych and Monet’s Water Lilies were conceived as panoramas designed to ease the viewer’s submergence into their artistic worlds. The history of the panoramas is, in turn, the story of the ideal vantage point, the belvedere. All these topoi resurface once again in the new medium. The joy of the mountaineer, to whom the world suddenly reveals itself after a lengthy ascent, can be staged here: Tamino’s snake is dead, the darkness of the scenery is dissolved; the view broadens – and then » suddenly this overview «! (Fischli/Weiss) 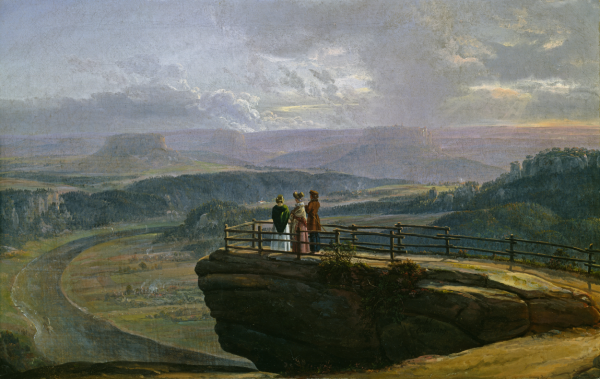 Enlightened Immersion
The overriding objective of all VR developers is the total immersion of the viewer into an artificial world. In virtual reality, the passivity of the viewer is to be taken to an extreme. The 360° film, by contrast, may lead to enlightened immersion. In classic cinema and theater, the viewer is not totally submerged. She is back in her own world at a mere turn of her head. But she is bound to the sequence of images as presented by the director. In 360° film she is completely submerged. At the same time, however, she is her own director and cuts her own film – on each occasion a new one.

Opera for Tomorrow’s Audience
The art form of opera in its 400 year history has always strived and sought an exchange and communic­ation with new forms of media and realized to reinvent itself in these new forms: opera recordings on vinyl and CD as well cinema, radio and TV broadcasts are examples of this. And just in the similar way, opera will continue to live on in virtual reality. It will create and bring about unexpected new facets and in this way will as well reach a new, young audience. 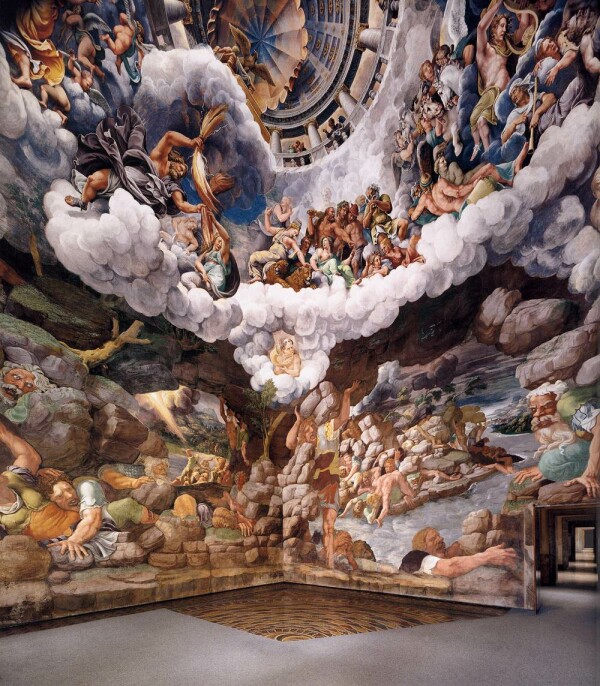