Everybody knows Schiller, Schiller touches everyone, Schiller is played and Schiller is sung. Many operas are based on his dramas, his poetry ceaselessly worked with. This film is a journey through Schiller’s town Weimar, retracing his steps and thoughts.

Visiting important places and always accompanied by music, it engagingly brings Schillers poetic and musical essence into the present. The famous „Ode to Joy“ with which Beethoven ended his 9th symphony and which has now taken on yet another meaning by signifying the idea of Europe, serves as a red thread throughout the film.

In co-production with SWR and Scholz Filmproduktion 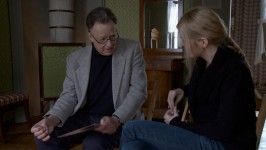 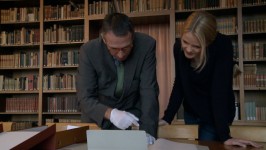 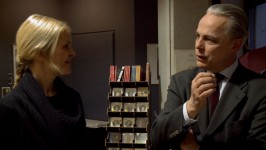 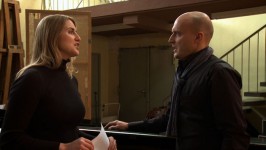 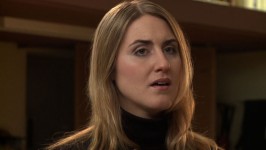 On DVD with Arthaus Musik: 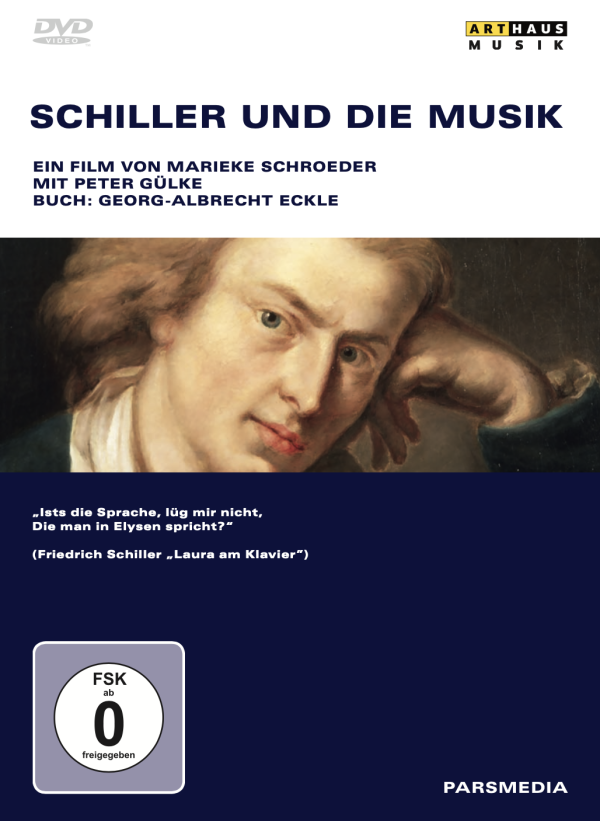 How did this project come about?

Marieke Schroeder
A subject like this is really a gift – "Schiller and the Music" – a gift from Norbert Waldmann from SWR network in this case, who suggested it to me. What was initially intended was Schiller’s direct effect on composers, most popularly in the Ode to Joy through Beethoven’s Ninth. But that didn’t make a film yet; because if you research and delve deeper, the subject becomes multi-layered and not at all so directly communicable.

Georg-Albrecht Eckle
The difficult question was: how can we make the acoustic phenomenon of music, in all its fleetingness, visually comprehensible? And that’s when the idea came up to film a trip to Weimar, where we wanted to undertake a kind of search for traces of Schiller and his relationship to music.

Marieke Schroeder
We set Weimar as the only setting and staged it as a salon where anything can happen. All three of us were thrilled by this Weimar ambience, outside and inside, especially in Schiller’s house, right from the first pre-visit. In view of this setting, we realized that we wanted to avoid the standard documentary form, the constant change of talking head and archive clip for this film. And we needed a guide, a competent interlocutor with whom I would set out on Schiller’s paths.

Georg-Albrecht Eckle
We came upon Peter Gülke because of his triple representation in view of our subject: conductor, i.e. practical musician, musicologist with an emphasis on classical music and citizen of Weimar par excellence, and thus we gained a dialogue partner for the whole film.

Jan Schmidt-Garre
The guiding principle was to confine oneself to one setting – the most important one in Schiller’s life: Weimar – and to stage all the elements that were to appear in the film there. Marieke’s walk through the city becomes a walk through Schiller’s history and reception, the interlocutors encounter her as if by chance; all poetic and musical elements take place on location; no found documents from the archives or otherwise from an alien source, be it a self-produced one, are used. Rather, suddenly, during the conversations, someone in the next room sings a song, an actress speaks a poem or a monologue, there are dramatic and operatic scenes. Schiller’s world comes alive once again in Weimar and is not just past and submerged, but lives in the moment and can touch us immediately.

Marieke Schroeder
At first, no one could really imagine this simultaneity, perhaps not even myself until the editing. I was then amazed at how easily and naturally it could be implemented, this simultaneity of different things, that was a small revelation for me. We did use pre-produced material once or twice, but we never cut it in as detached material; instead, we watched it on the screen on location with our interlocutors – for example, scenes from Don Carlos in the drama and opera versions, but otherwise we had everything spoken and sung live, here and now.

Jan Schmidt-Garre
After all, it’s much easier to look for documents for a story or thesis in the archive and cut them in as evidence at the appropriate moment, but that always leads to a very didactic form of film, one that doesn’t really involve the viewer. If instead, as here in our film, you make everything that is otherwise a document happen live and show the protagonists listening to a song or a scene that has just been spoken, then the viewer can identify with this process. He takes the perspective of the protagonists and experiences the music or speech directly. Film can do just that: let the viewer enter a fictional world. That is what makes its magic.

Georg-Albrecht Eckle
This brings life into the museum. The film does not focus exclusively on Schiller and the music, on the analysis; it shows Schiller’s world in general, tries to reproduce its atmosphere. It begins, for example, at the cemetery, at death, in order to understand Schiller’s life from there, and rolls up the last years of his life, which he spent in the house we filmed and which is now a museum.

So is it more about what music meant to Schiller than about the effect of his poetry on music?

Georg-Albrecht Eckle
The latter is what the film is primarily about in the phase dealing with the Schiller operas. That is one side, a very tangible one. The other, more complicated one, shows what role music plays for Schiller in the creation of poetry. On the one hand, this goes as far as rejecting music, when he says: I must detach myself from the "melting," I don’t need the means of music, everything lies in the spirit of language. But then he comes to the limit of language and needs music for the process of transcending, for the jump into the other, the better world: into Elysium. Perhaps Schiller is, provocatively formulated, a music-damaged person; for he never really felt comfortable with music, and he could probably never enjoy it, could only use it in a grandiose functional way, always in the fear that it could outstrip poetry. And if it was in his way as too sensual, then he packed it into his system and placed it in the lower sphere. A productive conflict situation with regard to music – I don’t think there is much similar in the history of ideas.